Main Street Meats is truly a Chattanooga staple. Part neighborhood butcher shop, part restaurant and bar, we’ve become a favorite for locals and a must-hit spot for those just passing through. While our shop is located at the heart of Chattanooga’s historic Southside, the place has a heartbeat all its own.

As farm to table as it gets, our innovative approach to whole-animal butchery drives everything we do, from what’s in the case to what’s on the menu, and consequently, what’s on your plate. Our team is deeply committed to quality and care in every facet of the business, and we wholeheartedly believe that one, butchery is an art form, and two, our neighborhood deserves the very best.

History of Our Chattanooga Restaurant

So Much More Than a Butcher Shop.

In October 2014, Erik and Amanda Niel (co-owners of Easy Bistro & Bar), took over what was then a local butcher shop. Longtime residents of the Southside, the Niels were intrigued by the opportunity to dial it up a few notches, and make this already special business something even more extraordinary.

Focusing on a fresher style of restaurant—a farm-to-table restaurant—Chef Erik Niel said taking on this project stretched him in all kinds of ways, a complete tangent from his other local restaurant, Easy Bistro. “I knew Main Street Meats would be an important part of the Chattanooga food scene,” he mused, “but to see the way people react to the concept— how much fun they have here— is still deeply gratifying.” 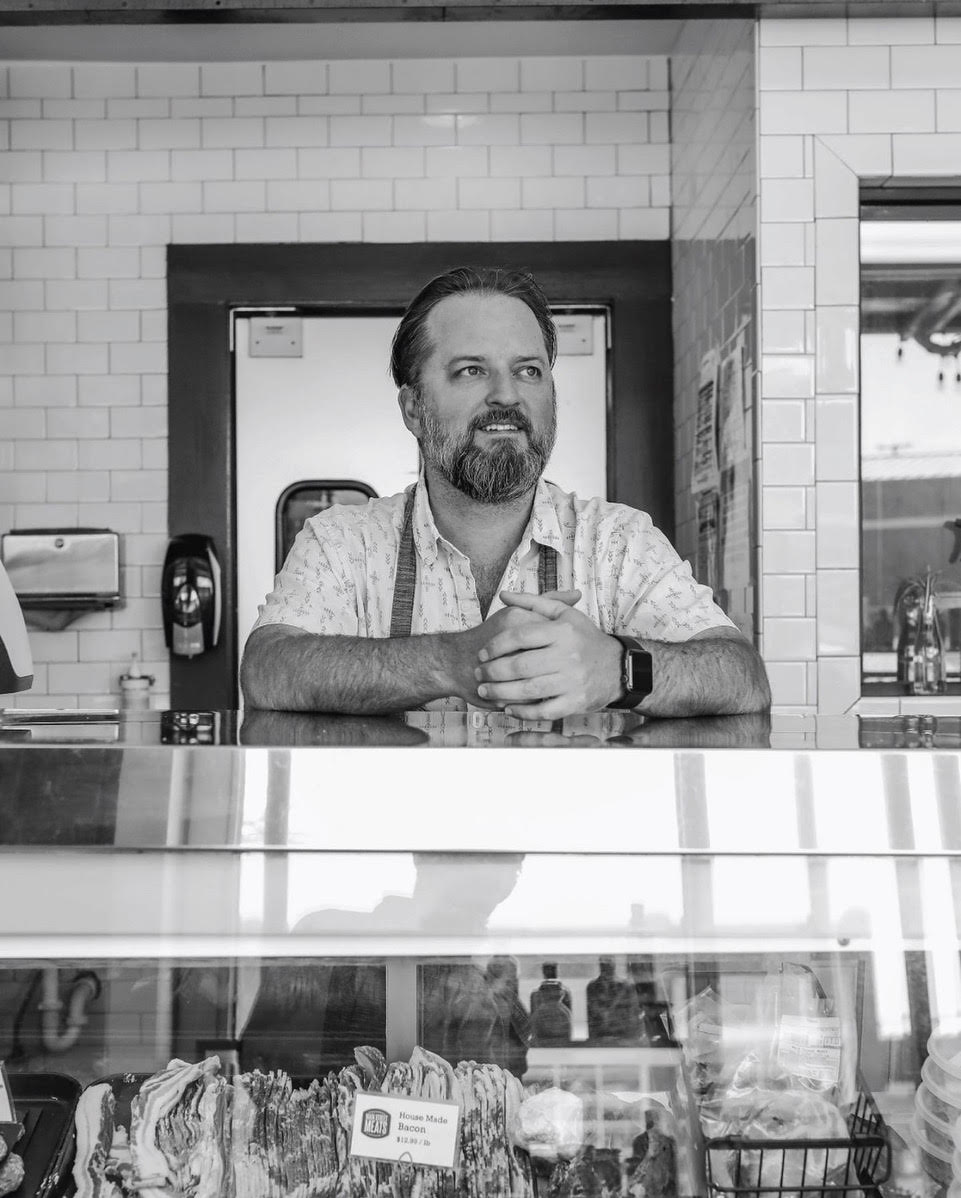 Erik Niel was raised in Mandeville, Louisiana, a community on the north side of Lake Pontchartrain, about an hour away from the Gulf. He describes it as a place where people care deeply about food, something that no doubt helped forge his personal passion.

During his youth, Niel spent many afternoons fishing and duck hunting with his family. Using techniques passed down from his parents and grandparents, and experimenting on his own. He learned early to cook from his catch– gumbos, stews, étouffée, and pot roasts– serving the dishes in various ways. These experiences instilled in him an appreciation for where food comes from, and the process of preparing it from beginning to end, something that influences his cooking to this day.

Niel attended The University of Texas at Austin as a psychology major, also seeking a minor in business. He appreciated the calculated nature of business, and knew he eventually wanted to own one. However, his love for food and restaurants was a constant presence, even in his college years during which he often entertained friends or cooked for parties. Food was never far from his mind.

He enrolled in culinary school at Johnson & Wales in Vail, Colorado, and never looked back. After moving to Chattanooga from Louisiana, Niel took a job as floor manager at the now-closed Southside Grill, where he ended up meeting his wife, Amanda. Eventually, the two both took jobs at St. John’s, where Erik worked as sous chef for two years while he worked on his own business plan.

In May of 2005, the couple opened Easy Bistro & Bar in downtown Chattanooga. Then in 2014, they assumed operations of Main Street Meats, transforming it into the local gem it is today.

Outside of the restaurants, Erik enjoys playing in the park with his son, Cade. They also love walking in the woods and fishing with “PawPaw,” Erik’s father.

Amanda Niel grew up in the area, and her grandparents owned a construction and plumbing company, which has remained family-run across generations. Even when she was a young child, Amanda got experience helping her grandmother and aunt with various administrative and bookkeeping tasks, instilling in her the values of hard work and entrepreneurship and a passion for business.

A lover of design and with her eyes on a creative career path, Amanda studied apparel and textile design at both University of Tennessee in Knoxville and O’More College of Design in Franklin, TN. While completing her education, Niel worked at fine-dining restaurants in the area including St. John’s and the now-closed Southside Grill, where she met her future-husband and chef, Erik Niel.

After graduating, Niel got a job working for a sports clothing brand in New York City, but consistently felt drawn back to Chattanooga. She found a job as a stylist in the Online Marketing and Sales department of TJX and moved back, spending every spare moment working in restaurants. Then in May 2005, Niel and her husband Erik opened Easy Bistro & Bar. Through that endeavor, Amanda was able to combine her love for design with her business skills, and discovered her true passion for the hospitality industry.

As Operations and Events Maven, she oversees general operations, marketing, events, and catering for Main Street Meats. When away from her restaurants, Niel loves to explore the outdoors with her husband and son, Cade, and especially loves hiking, yoga, and paddle boarding on the Tennessee River. 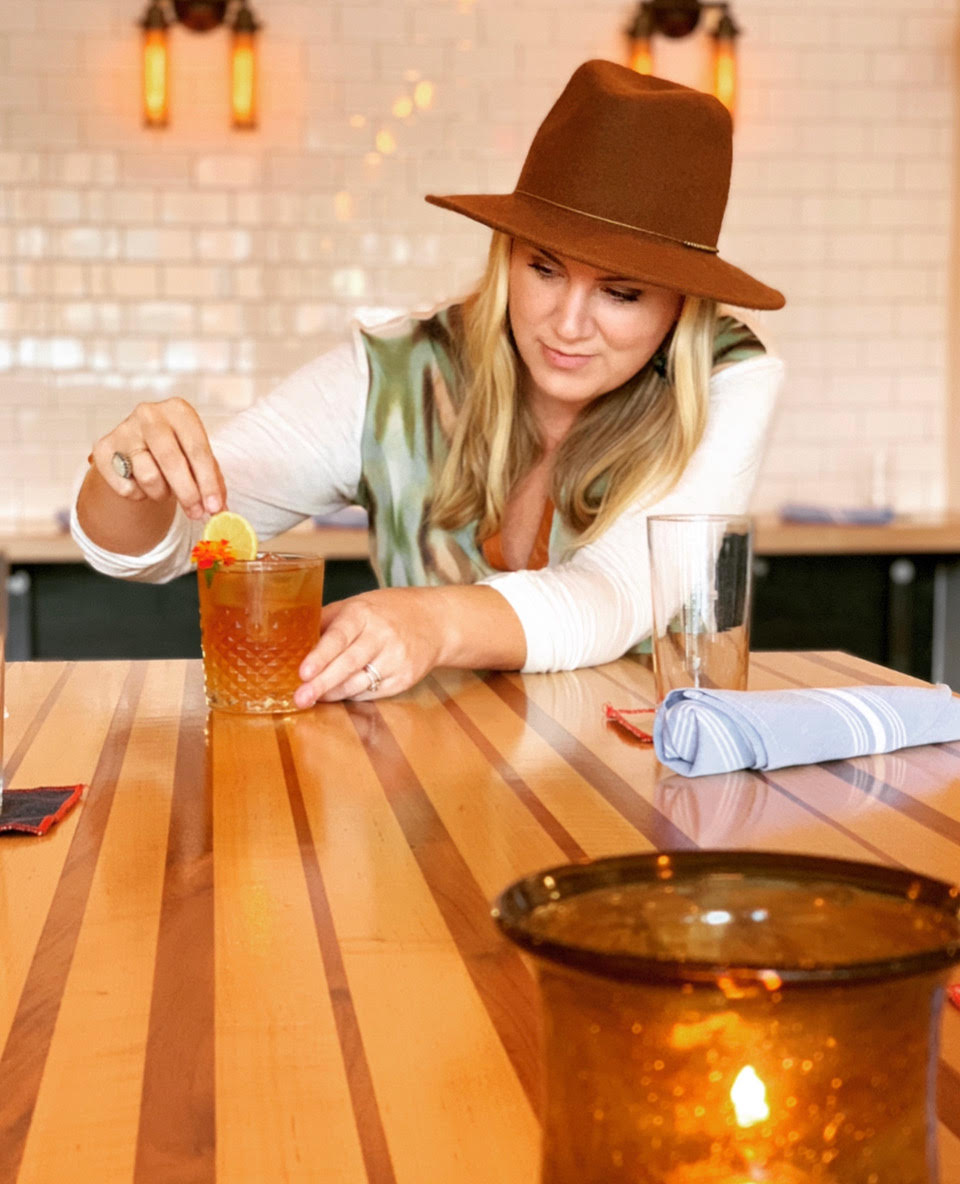 Open for Dine In, Take Out & Delivery.